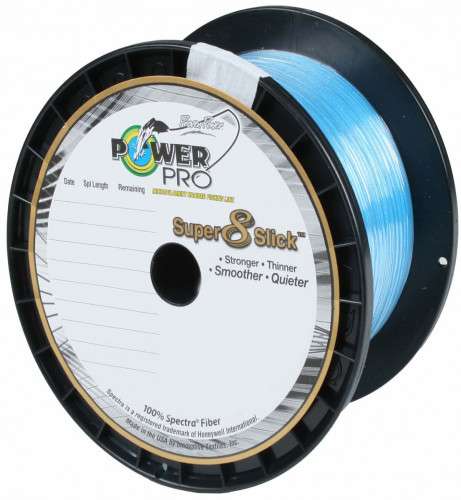 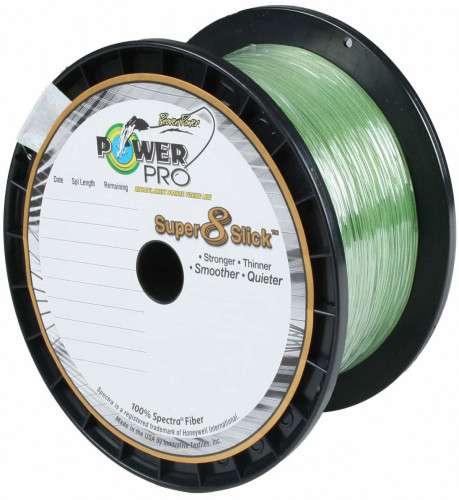 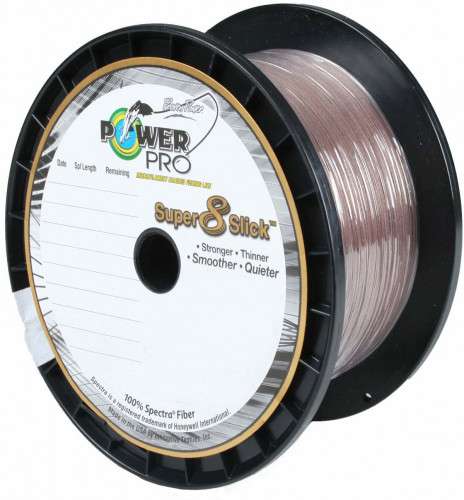 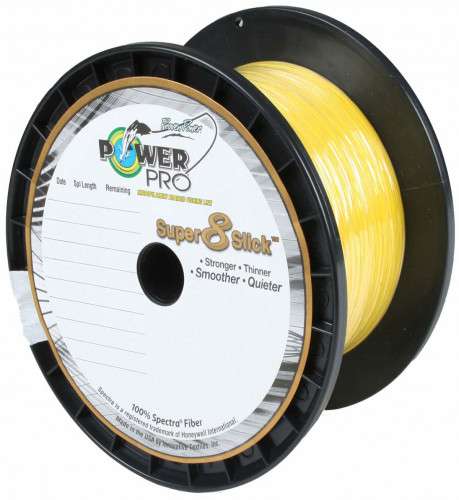 Customer Reviews (251)
1489536578
5 Stars based on 251 reviews
Write a Review
By Mark S.
Lyndonville, NY
Slick Line!
October 27, 2015
This line was spooled onto two different reels and rods I used at the OBX. One reel was the Penn SSV7500LC, and the other on a Shimano Ultegra XSC Surf Spinning Reel. Both reels performance was outstanding with this line. The blue color I chose was alright for visibility but I think yellow would have been better, that's just an opinion. The line is thin and casts very well from these reels with the right rod matched to it. My first experience with the line was on a Penn SSV7500LC, and the line flew off the reel with a 12 foot heavy rod, never an issue with wind knots on that particular rod and reel setup. My second experience was on the Shimano Ultegra XSC, and it was mounted to a 10 Foot light Newport rod from Penn (not made anymore) it did not do well with that rod. It almost always threw a wind knot out the guides. Not the lines fault at all, as I purchased a new rod recommended to me from Jam at Teaches Lair in Hatteras while I was there. The new rod was a TICA Samira 9 foot fast action and the line loved that rod and the Ultegra. I was easily making power casts to near 375 to 400 feet with metal in an offshore wind without tangles at all on that combo. I have used power pro for trolling for years but never tried casting spinning reels with it before. It does take a quality rod with the right guides to avoid the tangles on a cast, but when it all works this line performed excellent with very little drag on the lure. It's also nice to have a lot more line spooled on compared to the thicker monofilament lines. I used 30 lb mono for backing on these reels and spooled on 300 yards of power pro as a top load. Lots of room for big fish to run.
ProsSlick, smooth, strong, casts with little resistance, small diameter . 011 inch 30lb compared to .022 inch for 30lb mono.
ConsNone
By Ryan H.
Grand Island NE
SWEET!
July 15, 2012
I have used several braided lines and POWER PRO is still the best I have yet to use. Like the new Marine Blue just received 1500 yard spool. Love IT!

By Vincent
HUNTINGTON, NY
Good for casting
May 9, 2020
Super slick letÃ¢€;™;s you cast farther.
By John
Carrollton, TX
Braid is the way to go.
April 20, 2020
If you are looking for a good line to fish with braid is the way to go. No other line on the market is as sensitive.
ProsSuper sensitive
Conssometimes the fish feels you before you feel the fish
By Jayson
Columbia, MD
Can't go wrong with powerpro. very smooth.
April 9, 2020
Cast miles.
By Tj
Georgia
Great braid
January 18, 2020
Awesome braid for the price point. This was an added gift with my purchase! I got 40 pound. I use 40 pound braid for my main line and backing, then I add a 8-10 foot leader line mono or Fluro depending on the application.
By Erron
AUSTIN, TX
PowerPro is #1
November 30, 2019
PowerPro is the only braid I use and it has always exceeded my needs.. To me it's not worth trying an inferior braid and risk losing a big catch.
By Adam
New Orleans, LA
Never turned back
November 24, 2019
IÃ¢€;™;ve been using the stuff for the past eight years. IÃ¢€;™;ll never use anything else. Make sure you have a good real because the line can be susceptible to nasty wind knots
By Max
San Jose,, CA
Great PE line
October 10, 2019
Great PE line! Robust, smooth and small display make it great for fishing lots of fishes
By D
FL
Super Slick & Super Happy
October 8, 2019
Definitely satisfied with this purchase. I like the green color. Strong and holds on every fish. I haven't had a line snap under strain.
ProsQuiet through the guides
ConsTwists take a bit longer to come out b/c it's so slick
By WISHBONE
STUART FL
Power Pro is the best !!
September 13, 2019
I have been using PP since it was first introduced and i have never been disappointed.
ProsBetter colors that last
ConsPRICE
By De
Tn
Waterlogged
September 13, 2019
Fishes well, at first. Then seems to get waterlogged. Better braid out there.

By Dusty
Pasadena, Texas
Great stuff
August 25, 2019
First time using this and will now use nothing else. Smooth and slick, casts a mile and no noise when fighting a fish. Great stuff. Highly recommended.
ConsNONE
By Mark
CT.
Great line
August 10, 2019
I been changing to braided & Hi Vis since my eyes sight has been going. The line cast nicely even with my 20' fluorocarbon leader blood knotted to it.
By Ed
Myrtle Beach
WORST LINE I EVER USED!
July 21, 2019
I have been a power pro line user for over 7 years when I moved to Myrtle Beach and began surf and ocean fishing. I have had some issues with birds nests with regular power pro and found it to be a great line for surf and ocean fishing. I decided to go a step up to get longer casts and I purchased the Super Slick line for my Shimano saltwater reel, (that was always spooled with power pro). WHAT A MISTAKE!!! I have more WIND KNOTS spent more time and cutting more line than I have in the past 7 years using regular power pro. Weather using bait with a sinker, carolina rig, top water lure or jighead with soft bait, there are always WIND KNOTS each time I use that reel. I am glad that other fisherman are having good results using this time wasted fishing line. Also when I am surf fishing, I use two rods and one always has the original power pro while my 7 ft rod has the super slick line and I rarely get knots in the regular power pro.
ProsEXPERT AT REMOVING WIND KNOTS
Cons50% of the time fishing and 50% of the time removing wind knots
View All Reviews