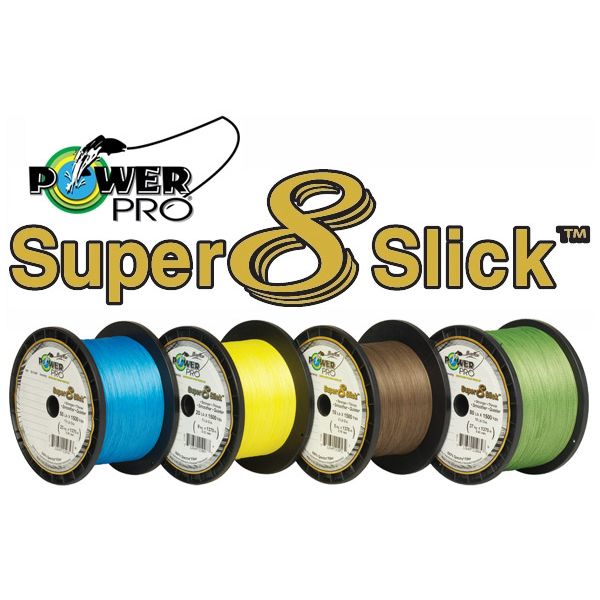 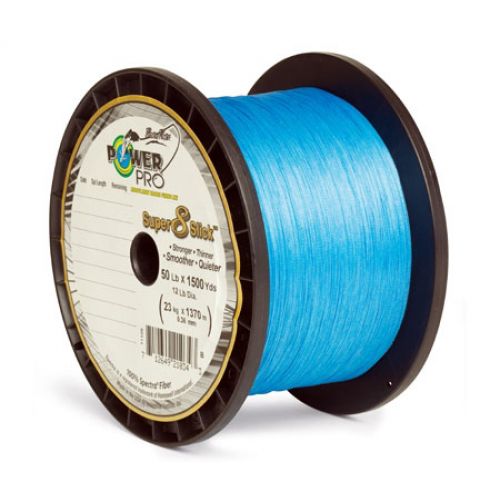 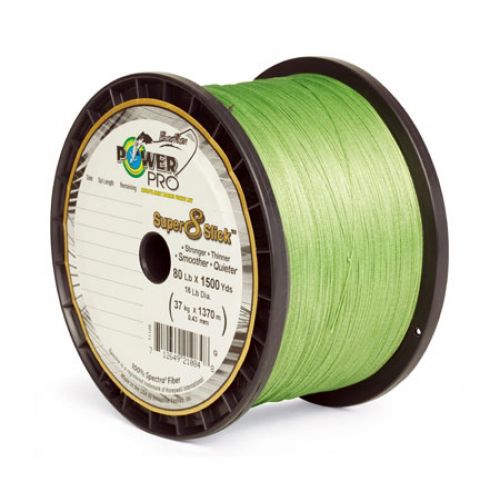 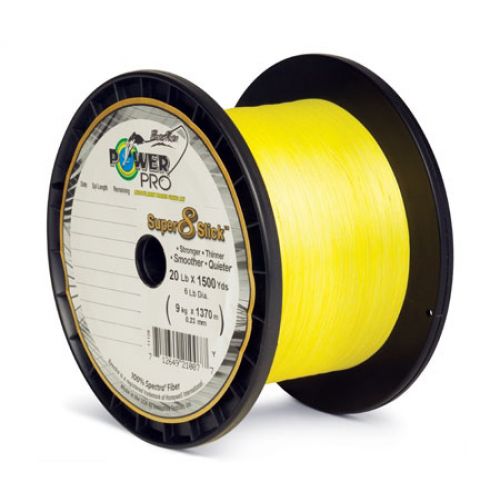 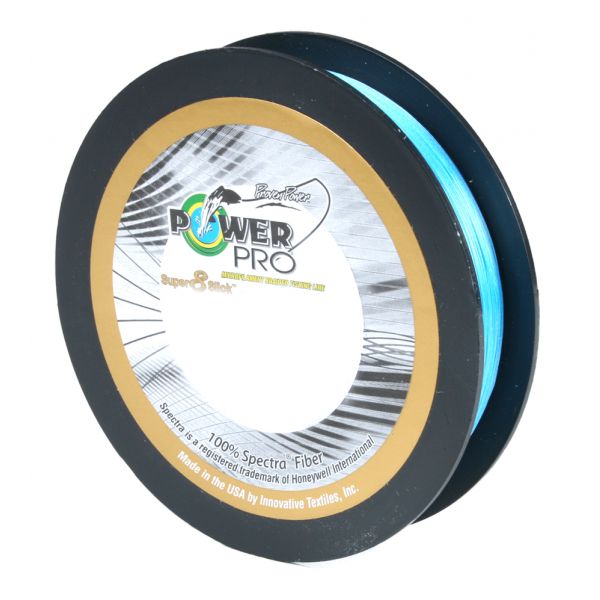 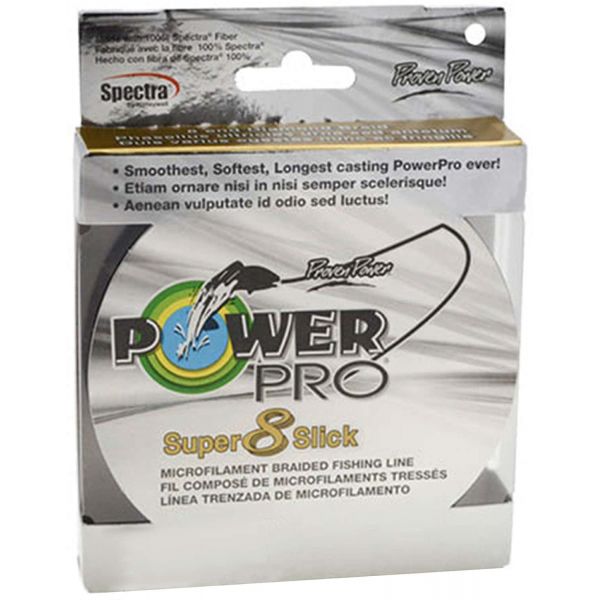 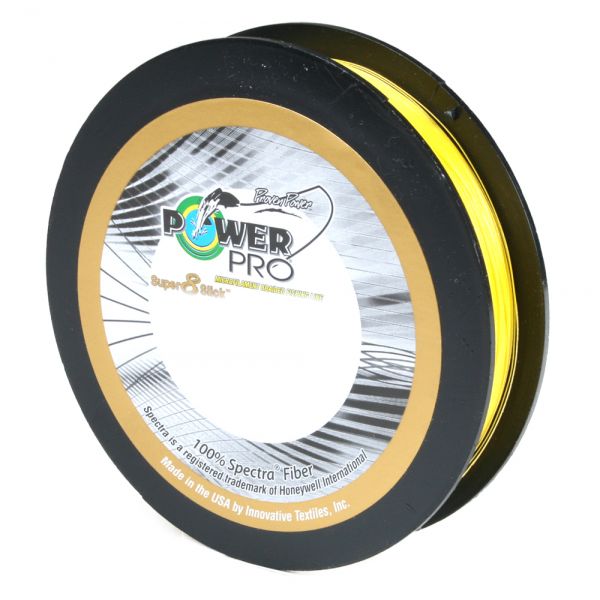 Customer Reviews (255)
1516114955
5 Stars based on 255 reviews
Write a Review
By Mark S.
Lyndonville, NY
Slick Line!
October 27, 2015
This line was spooled onto two different reels and rods I used at the OBX. One reel was the Penn SSV7500LC, and the other on a Shimano Ultegra XSC Surf Spinning Reel. Both reels performance was outstanding with this line. The blue color I chose was alright for visibility but I think yellow would have been better, that's just an opinion. The line is thin and casts very well from these reels with the right rod matched to it. My first experience with the line was on a Penn SSV7500LC, and the line flew off the reel with a 12 foot heavy rod, never an issue with wind knots on that particular rod and reel setup. My second experience was on the Shimano Ultegra XSC, and it was mounted to a 10 Foot light Newport rod from Penn (not made anymore) it did not do well with that rod. It almost always threw a wind knot out the guides. Not the lines fault at all, as I purchased a new rod recommended to me from Jam at Teaches Lair in Hatteras while I was there. The new rod was a TICA Samira 9 foot fast action and the line loved that rod and the Ultegra. I was easily making power casts to near 375 to 400 feet with metal in an offshore wind without tangles at all on that combo. I have used power pro for trolling for years but never tried casting spinning reels with it before. It does take a quality rod with the right guides to avoid the tangles on a cast, but when it all works this line performed excellent with very little drag on the lure. It's also nice to have a lot more line spooled on compared to the thicker monofilament lines. I used 30 lb mono for backing on these reels and spooled on 300 yards of power pro as a top load. Lots of room for big fish to run.
ProsSlick, smooth, strong, casts with little resistance, small diameter . 011 inch 30lb compared to .022 inch for 30lb mono.
ConsNone
By Ryan H.
Grand Island NE
SWEET!
July 15, 2012
I have used several braided lines and POWER PRO is still the best I have yet to use. Like the new Marine Blue just received 1500 yard spool. Love IT!

By josh
Woodstock, GA
my fav line
April 19, 2021
this is one of my favorite lines knot have tobe 100% right orthey might slip but once you get that down it it great
Prosless noise going thro the guides than a 4 carrier braid
By Michael D.
Mattoon, IL
Very Smooth
March 18, 2021
I was able to get two spools of 150yd Hi Viz Yellow 50lb. Put them on my two new Shimano Calcutta 300D reels and I'm very pleased with the handling, strength, and ease of tying knots. Shimano specs called for 190yds of this line to fill the reels. 150yds (with tape backing) filled them perfectly. Over time I will replace my older style PowerPro with this newer, smoother version. Best line I've tried!
ProsSmooth, quiet, and seems to hold the dye on the line. My hands were not color stained after spooling my reels.
By Rene
Edmonds, WA
My Favorite Braid for Kenai River Coho
December 15, 2020
I?ve been using this braid for several years now and it has performed extremely well for me.
ProsSmooth casting, Sensitive, No stretch for solid sets when fishing with spinners, Lies nice and natural in the water, A number of colors to choose from to match water conditions or improve visibility
ConsI don?t have any complaints
By updateCategoryParent
Northern Va. / Potomac River
Super sensitive
November 30, 2020
Got some to try. Lays flat, casts great. Low over run incidents stays tight on spool.
Seems strong enough so far. Easy to see with great feel using 10 0r 12 lb copolymer leader.

By Vincent
HUNTINGTON, NY
Good for casting
May 9, 2020
Super slick let?s you cast farther.
By John
Carrollton, TX
Braid is the way to go.
April 20, 2020
If you are looking for a good line to fish with braid is the way to go. No other line on the market is as sensitive.
ProsSuper sensitive
Conssometimes the fish feels you before you feel the fish
By Jayson
Columbia, MD
Can't go wrong with powerpro. very smooth.
April 9, 2020
Cast miles.
By Tj
Georgia
Great braid
January 18, 2020
Awesome braid for the price point. This was an added gift with my purchase! I got 40 pound. I use 40 pound braid for my main line and backing, then I add a 8-10 foot leader line mono or Fluro depending on the application.
By Erron
AUSTIN, TX
PowerPro is #1
November 30, 2019
PowerPro is the only braid I use and it has always exceeded my needs.. To me it's not worth trying an inferior braid and risk losing a big catch.
By Adam
New Orleans, LA
Never turned back
November 24, 2019
I?ve been using the stuff for the past eight years. I?ll never use anything else. Make sure you have a good real because the line can be susceptible to nasty wind knots
By Max
San Jose,, CA
Great PE line
October 10, 2019
Great PE line! Robust, smooth and small display make it great for fishing lots of fishes
By D
FL
Super Slick & Super Happy
October 8, 2019
Definitely satisfied with this purchase. I like the green color. Strong and holds on every fish. I haven't had a line snap under strain.
ProsQuiet through the guides
ConsTwists take a bit longer to come out b/c it's so slick
By WISHBONE
STUART FL
Power Pro is the best !!
September 13, 2019
I have been using PP since it was first introduced and i have never been disappointed.
ProsBetter colors that last
ConsPRICE
View All Reviews